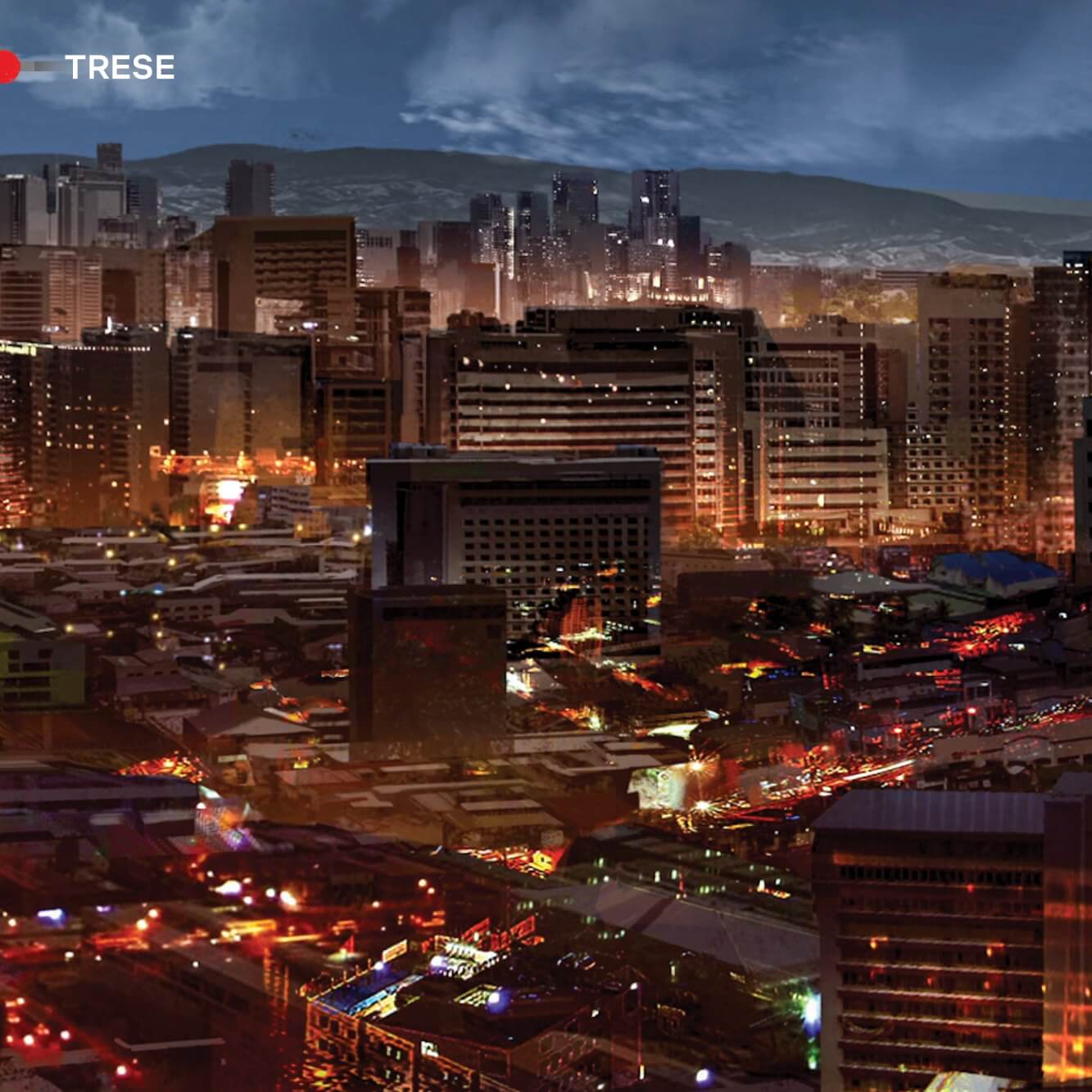 Still haven’t seen Trese yet? Or planning to rewatch and rewatch it ‘til the next season comes up? Either way, this new show on Netflix is one of the must-see series as a Filipino and as someone who has an affinity towards alternate reality stories. Watching it in the best set-up possible will make the experience even greater.

Trending on social media even before its release on June 11, Trese spark up conversations and interactions in Facebook, Twitter, and other platforms because of its out-of-this-world advertisements—“viral” mock-up CCTV footages of supernatural beings, “vandalized” billboards, and media company ABS-CBN dressing up as one of the featured sites in the show, “ABC-ZNN”.

When Trese was released, its amazingly faithful-to-material adaptation from the 2005 comics of Budjette Tan and Kajo Baldisimo gained praises from various online spaces. Given that Trese astonishingly mirrors the day-to-day life at the bottom of Manila’s high-rise buildings, some of its relatable and witty scenes and lines were deemed meme-worthy. This made the show gain more attention and more people interested in this first Filipino-made anime on Netflix. Also, Trese made it a point to raise the bars of representation full-blast with its Filipino-dominated production team, from the voice actors to the makers.

Trese became the top 1 most-watched in the Philippines since its release, and also earned a spot in other countries’ Netflix’s top watches. To truly embrace and appreciate this latest Pinoy pride, here are some must-haves to get the ultimate Trese watch experience!

Given that Trese is available on Netflix, it can be watched through any gadget with access to the Netflix subscription. But, it’s still a different experience when movies and series are watched through large screens, somehow similar to the cinemas (which are currently not in the option). Imagine getting to appreciate Trese’s detailed picture of Manila or Philippine streets on larger screens.

Like the usual anime series pattern, each episode of Trese is 30 minutes long. To achieve a non-stop watch ride, make sure to have at least three hours of free time ahead, cleared from school, work, and other obligations. Uninterrupted hours dedicated to watching this series also helps in fully understanding and appreciating the storyline and work done by fellow Filipinos.

Transform a part of the house into a Trese-vibe place.

Turning the bedroom or living room into a dark or low-lit quiet space when watching this series levels up the experience more, as there are Philippine supernatural creatures—from the scary stories told by elders during childhood—and some sensitive themes in scenes such as dark, horror, and violence. Emotions are heightened, and scenes become much more intense. It’s also a great mood setter if Trese is watched during nighttime. It’s somehow similar to watching in theaters… but inside the house.

Binge-watching a series is made even better when the whole set-up is comfortable. Make sure to have blankets and pillows—which are also useful temporary “blindfolds” when something scary or gore comes up, and to wear the most comfortable clothes.

The first few minutes of the first episode will reveal why Choc Nut is a must-have when watching Trese. Given that this series involves childhood “scary” stories, having some 90’s or 2000’s trademark Filipino sweets within easy reach will evoke a heart-wrenching nostalgia that comes along with Trese’s less violent scenes, such as family interactions which are significant for Filipinos.

Check out this 90’s Kids Favorite Snacks article and reminisce the old days!

What’s binge-watching without the company of a comfort drink? A great partner of the prepared snacks is a comfort drink, which is very much needed for a show like Trese. Achieve total at-home experience by making some homemade favorite drink in your own space. A true comfy-at-home vibe goal while binge-watching!

Imagine doing commentaries with friends while watching the show, or bonding over the relatable scenes Trese has. Having sleepovers and watching together is a great experience for some, but given the pandemic and quarantines, these situations tend to be not as easy as before especially with the doubled caution in every household. Overcoming these physical gaps is possible through watch party apps, which allow simultaneous watching with friends. With a show like Trese, it’s also great when there’s a companion around, even if it’s just in the virtual space.

Immediately after seeing the show (or while watching it), it’s also fun to see other people’s reactions or thoughts about the series. Scrolling through online spaces like Twitter and Tumblr and reading what fans of the show have to say elicits a feeling of understanding and belongingness. It also adds more value to the show, seeing what other Filipinos have to share based on the Trese scenes they saw.

It certainly wouldn’t hurt to do a quick rundown on the passed-on stories about aswang, tikbalang, ghosts, and other mythical elements and creatures in the Philippine lores. Recalling stories told by elders adds color to the twists done by the creators of the piece, and filling out the why’s and how’s throughout watching the show by referring to the general understanding of the characters’ nature.

A throwback to the passed-on stories during childhood—this would certainly bring back memories pushed at the back of everyone’s minds. More than this, Trese is an undeniable reflection of Filipino life, despite the supernatural mask of magical twists. Certainly, some scenes tackling the cracks of family situations and affiliations might trigger intense emotions, given its eerily realistic references. It wouldn’t hurt to prepare some tissue, just in case.

As proud citizens of the country, the release of Trese on Netflix is one of the greatest moves made in history when it comes to sharing even just a glimpse of the Filipino culture to the world. The storyline of a realistic Manila life incorporated with the supernatural beliefs underlying the everyday Philippine set-up captured snips of the Filipino life, from the modern times up to the indigenous beliefs many still hold on to up to date.

It captured the ambiance of the home lived every day by Filipinos, especially the ones living in Manila. The littlest of details was more than accurate for most—like the morning routine of chief police Captain Guerrero, buying pandesal in a local bakery and passing up fares while riding a jeep going to work.

As one of the undeniably popular Pinoy prides, Trese takes every Filipino in the world a trip back home in every sense—realistic setting and beliefs. It is a brief taste of the motherland for those outside the country. More than pride, it also serves as a portal back to a home forever remembered. 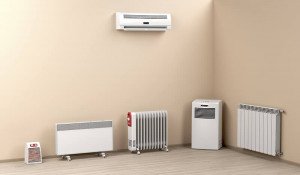 Is it more efficient to use and inverter A/C 24/7, and will it result to lower electricity consumption? 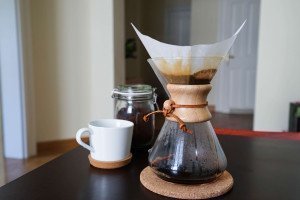 5 Simple Ways to Save the World using Coffee 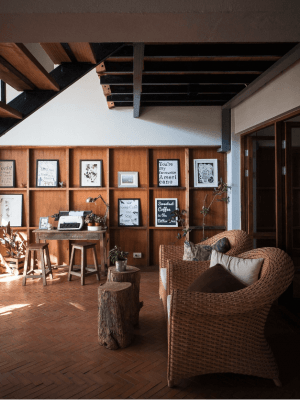 Cozy and Not Costly: Budget-Friendly Ways to Incorporate Wood into Your Interior

Thankfully, there are budget-friendly wood interior designs that you can try.